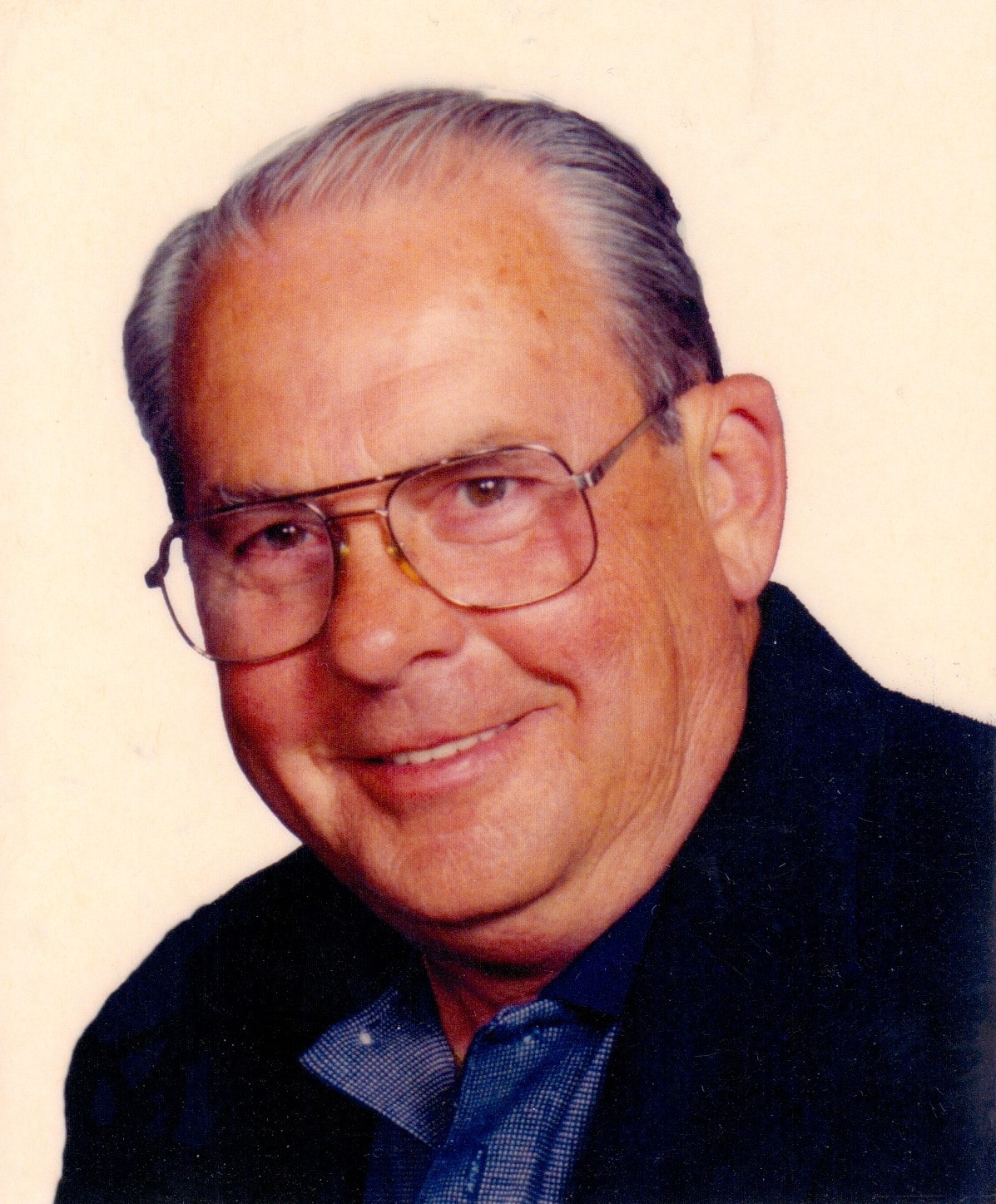 *Author’s Note: This is the second eulogy I ever wrote. The first was for my grandmother 2 years prior, which I felt so strongly compelled to do. My family was so grateful that I helped tell Grandma’s story and helped celebrate her life in such an articulate way that the expectation was I would of course do it again. It’s not the most comforting feeling to be tasked as the family eulogist. The best that I can explain is that the responsibility while extremely heavy is clearly mine. I feel it in my soul that I can honor the person’s story and it must be obvious to those closest to me who keep expecting me to be the one to accomplish this. So, for the second time and for another one of my most favorite people, I wrote a few pages to capture a lifetime. This is an excerpt from the memorial for my step-father, my Papa.

It’s difficult to sum this up in a few short minutes. My only hope is that these words help us celebrate and remember his life and his faith, and that in some way, this helps us to carry on. When Grandma died two years ago, it was a shock. That day was a blur of making arrangements at work, packing, and preparing for the two-day drive back to Wisconsin. That evening I reached for my phone and called 654-2250…let is ring once, and hung up. I only wanted to tell her I was having a bad day. That’s when I realized I’d never be able to talk to her again. And people say that time heals, but I still bite my lip when I come to Kenosha because I almost ask Mom if I should pick Grandma up for dinner. So, time does go by but it does not heal and it does not make us forget. If I can do one thing today, I hope that I help us remember Arnold Richard Norris, our dear Arnie, Dad, Grandpa, and my Papa.

I don’t even have to close my eyes and I can see him in his cutoff jean shorts mowing the lawn on 25th Avenue, and I can hear his voice as Mom and I go for a walk saying, “Ok, but no running!” The memories are plentiful and the feelings are strong because he always focused his life and love on his family.

He came into our life as a neighbor and left as a hero. Our wonderful extended family started over 25 years ago with one little question, “What do you say we get married?” And after raising his four children, Linda, Jeff, Mike, and Wendy, he loved my mom so much that he started his family all over again with 11-year old Megan, 8-year old Janel, and 17-month old me. I guess the moral of the story is get to know your neighbor.

Over the years, Arnie and Kathy became the super couple- always in love, never fighting, dedicated to Church and family- the standard against which we measure our own lives. Their priorities were Catholic education and family vacations. Arnie and Kathy both dedicated countless hours to St. Mark’s and St. Joe’s to help ensure the success of their children and the continuation of Catholic Schools. Papa volunteered in numerous capacities, whether it was flipping pancakes, donating a car or driving the truck for Show Biz, he was involved. He served on St. Mark Parish Council and once attended an all-day retreat during which each person had a separate room to reflect…Papa told me he took a nap. That nap, however, in no way diminished his faith. Arnie and Kathy dedicated their lives not only to God and each other but to their entire family. We lived simply. God bless Papa for having the patience to put up with four girls and one shower, but we never needed more because we were always loved and we were always welcome.

No matter what, Mom and Papa were always there for us. Whether it was a show or a game, a late-night phone call or the daily dinner at 5, they were always there. I recall my first dance recital at St. Joe’s. I was six and Mom and Papa were in Hawaii. They probably wouldn’t be back in time. During the first dance I looked out at the audience and saw Grandma, waving of course, and the two empty seats next to her. Then, hurrying down the aisle in their white pants and Hawaiian shirts with their movie star tans, were Mom and Papa. Then in high school, when I didn’t want them to watch me, Papa would still sit in a lawn chair practically half way down the block to watch me play tennis. Always there. Always concerned. Always proud.

Arnie and Kathy had a love that most of us only dream about. They loved each other and respected each other and cherished each other more than words can say. During his last day Mom laid next to him. He was in a coma and totally unresponsive, yet he instinctively put his arm around her and kissed her on the forehead. What an amazing love. It will always be Arnie and Kathy- in this life and in the next.

Some people give the advice of “live like you are dying.” During this past year and a half Papa didn’t have to change a thing because he already fully lived and loved his life. He already climbed mountains and cruised oceans. He already told all his kids that he loved them and was proud of them. He already donated to charities, went to Church, saw plays, ate out, went on bike rides, played tennis with his wife, read to his grandchildren, and counted his blessings. He already embraced each day as a gift from God.

As he courageously battled cancer, his faith and trust in God strengthened. While his physical body was suffering, he never complained and his soul grew more and more patient, grateful, considerate, and peaceful. He constantly thanked Mom for everything from bringing him his meds to being a perfect wife. With his whole heart he would say, “Don’t cry. Just pray for me and I’ll pray for you.”

It hit me last spring when I was moving a hutch out of Mom and Papa’s house. I was tying it down in the back of my truck and I kept thinking, “Papa will be out here any second to take over and tell me what knots to tie…any second now…any second.” But the minutes went by and he didn’t come outside. Now this is the man who drove all the way to Minneapolis to help me move from one block to the next. Why wasn’t he helping me now? That’s when I realized he was sick, and he wasn’t coming outside, and he wouldn’t always be there to help me…and he had already taught me everything I need to know. All I have to do is remember. Remember every day, every moment because he was always teaching us and leading by his example.

We’ve all learned so much from him such as the importance of mowing your lawn at least three times a week, the holes in a salt shaker can never be too big, nothing beats a Buick, if you’re feeling old buy a convertible, if you’re feeling really old go to Disney World, you can never be bored with a shelf full of puzzles, when doing homework if all else fails at least figure out the mileage from here to the place in question, and low butter popcorn- now that’s useless! There are millions of lessons we have learned and cherishing these memories and embracing the qualities in Arnie that we so admire and miss are the only ways that we can keep his spirit and his love surrounding us. Share your interests and passions with your family, even if it means driving them 2,000 miles across the country to see a train. They will appreciate it someday. We all have it in us to carry on these characteristics for our family, our friends, and for future generations.

Papa, I want to end this by saying the two words that your family could never say to you enough: thank you. Thank you, thank God for you, the wind beneath our wings.

*Author’s Note: If my grandmother’s service drew me to writing memorials, then it was Papa’s service that gave me a greater understanding of the need for a personalized celebration of life filled with meaning and love. This man who gave me a beautiful childhood not because he had to but because he wanted to deserved to be honored in such a special way. I wanted everyone to know how amazing he was, and all the aspects of his funeral came together to help show that.

After his services I wrote this synopsis in an email to friends and family who couldn’t attend:

“While the days have been difficult, last Friday and Saturday were actually very nice. It was a beautiful, wonderful celebration of Papa’s life. Mom and the whole family were very happy with how well everything went.

The visitation on Friday was at Proko. Papa looked nice and peaceful but only a mere shell of his old self. Family arrived at 3:00 to see him. Visitation for the public was supposed to begin at 4:00, but the line was already forming so they started coming in around 3:30 or so. The first visitor was a very old man, probably in his nineties. He owned a corner grocery store where Arnie worked as a teenager in the 1950s. The man stated that Arnie was the best employee he ever had! What does that say for the rest of the century? Ha! Anyway, the line of people was long and steady from then until 8:00. Over 500 people paid their last respects. It was incredible.

The Saturday mass at St. Mark’s was beautiful. The center two sections were full and some of the outer sections had people as well. The procession from Church to All Saints Mausoleum went at Papa’s perfect pace, a steady 10mph. Papa took his last ride in a flag draped casket in a shiny Cadillac. Mom, Brian, and I followed in my car- a Buick of course! Looking in my rearview mirror was breathtaking. More than 60 cars trailed behind me.

Over 125 people were at the Mausoleum for the final prayer service and to witness the spectacular military honors that Papa had earned. He was sent off in patriotic style with a 21-gun salute and a bugler playing Taps loud and slow. Two military women precisely folded the American flag that was on his casket and presented it to Mom along with 3 bullets that represent the shots fired to announce to the heavens that a fallen soldier is coming home.

A luncheon was held at historic Kemper Center on Lake Michigan where Mom and Papa were married June 18th, 1981.”

I clung to this experience as a way to cope. Actually, I still do. I take out the pieces of paper that I wrote. I read them. I think about the actions we all went through those two days. I remember. I understand more and more as time goes by how much I and everyone else there needed that experience of a service specifically tailored to honor Papa’s life. It’s not about closure. With grief I don’t know if closure is ever the right word. It’s about taking a solid first step on your grief journey. I believe it to be imperative. I know how important this was to me. I feel passionate about helping others take their own solid first step. It’s a gift I can give to others, and I’m honored to have the skills and the soul to help.